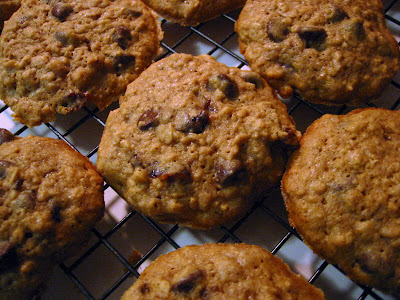 Hungry? I’m just one among dozens of Sacramento-area bloggers participating in an online bake sale in order to raise funds for relief efforts in Japan.

Interested in some of my delicious Oatmeal Cookies with Chocolate Chips and Cherries, or any number of delicious desserts and other good eats by Sactown’s finest? Read more about all the items available, and learn more about the bidding process, here.

Bidding instructions will be posted March 31, and bidding is open April 1-2. Grab your wallet and check it out!
Posted by Loryll at 10:14 PM No comments:

There's no excuse not to try making black beans

Sure, you can get a can of black beans for about a dollar, but where’s the fun in that?

Making a pot of black beans has been on my to-do list for some time, and I finally ran a line through that item last week.

Beans are one of those things that, like soup, were so intimidating to me until I finally tried making and then realized I was being ridiculous. They’re pretty foolproof, and the results are delicious. We had some of the beans in tacos and i froze the rest. I'll put some in the enchiladas I'm making this week. 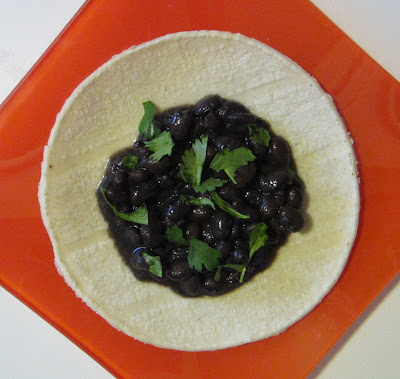 Heat olive oil in large pot over medium-high heat. Add onion, garlic and jalapeno. Sauté, stirring occasionally, for a couple minutes, until aromatic. Stir in cumin and sauté for another minute. Add water and beans, increase to high heat, and bring to a boil. Reduce heat and simmer, covered, until beans are tender. This process took me about two hours. Season with salt.
Posted by Loryll at 9:32 PM No comments:

Balsamic, butter give tilapia a boost 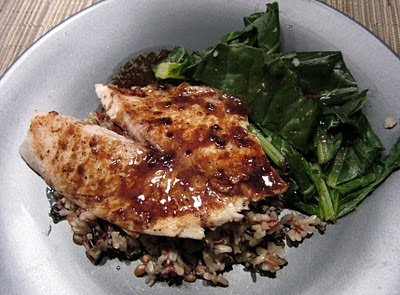 I don’t cook a ton of fish (perhaps it’s just because I prefer it raw, dunked in soy sauce?) but I try to keep an eye out for recipes that give me some underwater inspiration.

This balsamic butter sauce seemed like a good way to jazz up the blank, plain canvas that is tilapia, a fish I’ve cooked a couple times with mixed results. I found this sauce to be quite tasty, if not a little too heavy on the butter.

Next time around I’ll probably go for more balsamic and garlic, less butter. Perhaps ½ cup balsamic and two cloves of garlic mixed with ¼ cup (half stick) of butter would do the trick.

I rounded out the meal with a rice-of-many-colors mixture I found in the bulk bins of my favorite grocery store, and some mixed greens cooked and seasoned with a little bit of soy sauce, dried minced onion and red pepper flakes.

Simmer vinegar and garlic in small saucepan over medium heat until reduced to thick syrup, about five minutes. Reduce heat to low and whisk in butter, one cube at a time.
In a large frying pan, heat 1 tablespoon olive oil over high heat. Season three fillets with salt and pepper and cook until golden, about two minutes per side. Repeat process for the remaining fillets.
Drizzle fillets with sauce before serving.
Posted by Loryll at 7:03 PM No comments: 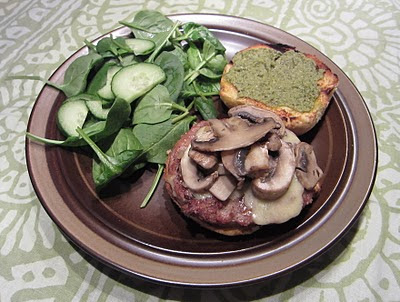 I was too busy sipping on some delicious Guinness to cook on St. Patrick’s Day.

I still wanted to make something festive, but I can’t stand corned beef. Thus, the idea of the Blarney Burger was born. I can’t say it’s traditional, but it sure is tasty. I made these holiday-inspired burgers with grilled turkey patties, Kerrygold Reserve Cheddar and sautéed mushrooms, all stacked on top of toasted potato buns smeared with store-bought basil pesto.

Enjoy it on St. Patrick’s Day or any of the other 364 days of the year you feel like celebrating with a wee bit of green.
Posted by Loryll at 9:19 PM No comments: 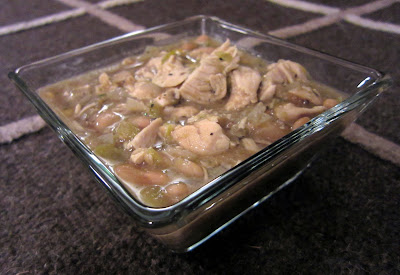 I’ve been tinkering with slow-cooker chicken chili recipes for a while and I think I’ve come up with a winner. It’s pretty mild, and I’m OK with that, but I’m sure some grated pepper jack would heat things up a little bit.

Combine all ingredients in an electric slow cooker. Cover and cook on low heat setting for eight hours, stirring once or twice. Season with salt and pepper to taste and serve. Possible toppings include grated cheese, sour cream and tortilla chips.
Posted by Loryll at 8:31 PM 1 comment: 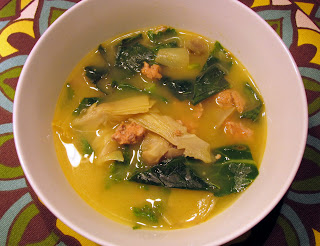 The shopping list is pretty simple — sausage, some broth, chard, a pound of artichoke hearts and Parmesan cheese.

How I did it:
I made some changes based on the fact that I only wanted to hit one grocery store on my way home from work. Trader Joe’s had most of what the recipe called for, with the exception of chard, so I bought a one-pound bag of their pre-cut Southern greens instead.

The original recipe also suggests starting with two tablespoons olive oil, and adding the sausage to the pot once the oil is heated. The sausage I used yielded a lot of fat once cooked, which I drained, so I don’t really think starting the recipe off with oil is necessary.

Cook sausage and garlic in large pot over medium-high heat until browned, stirring often, about 10 minutes. Drain fat from pot. Add broth and artichoke hearts. Bring to a boil and add greens. Cover pot, reduce to a simmer and cook until greens are soft, which will take a few minutes (the chard the original recipe calls for will probably wilt faster than the heartier greens I used).

How I’ll do it next time:
I really like tangy twist the artichoke hearts give this soup, and the sausage was good too. I’d change things up a bit by using baby spinach instead, anywhere from 8 ounces to a pound, stirred in just a minute before the soup’s served. I’d also thicken the broth up. Two eggs and two tablespoons grated Parmesan whisked together in a bowl and then stirred into the soup should do the trick.
Posted by Loryll at 4:36 PM No comments:

A quick pitch for a delicious pasta dish 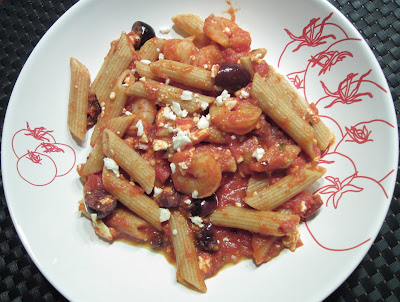 Three reasons why you should make this for dinner:
1. It contains shrimp, and who doesn’t love shrimp?
2. The Kalamata olives add a nice salty element to the dish.
3. Start to finish, 30 minutes. Boom!

Cook penne in large pot until al dente. Drain pasta and return to pot. Stir in shrimp, marinara, olives, feta and pepper flakes, and cook over medium heat for just a minute or two, until contents are thoroughly heated.
Posted by Loryll at 9:53 PM No comments: