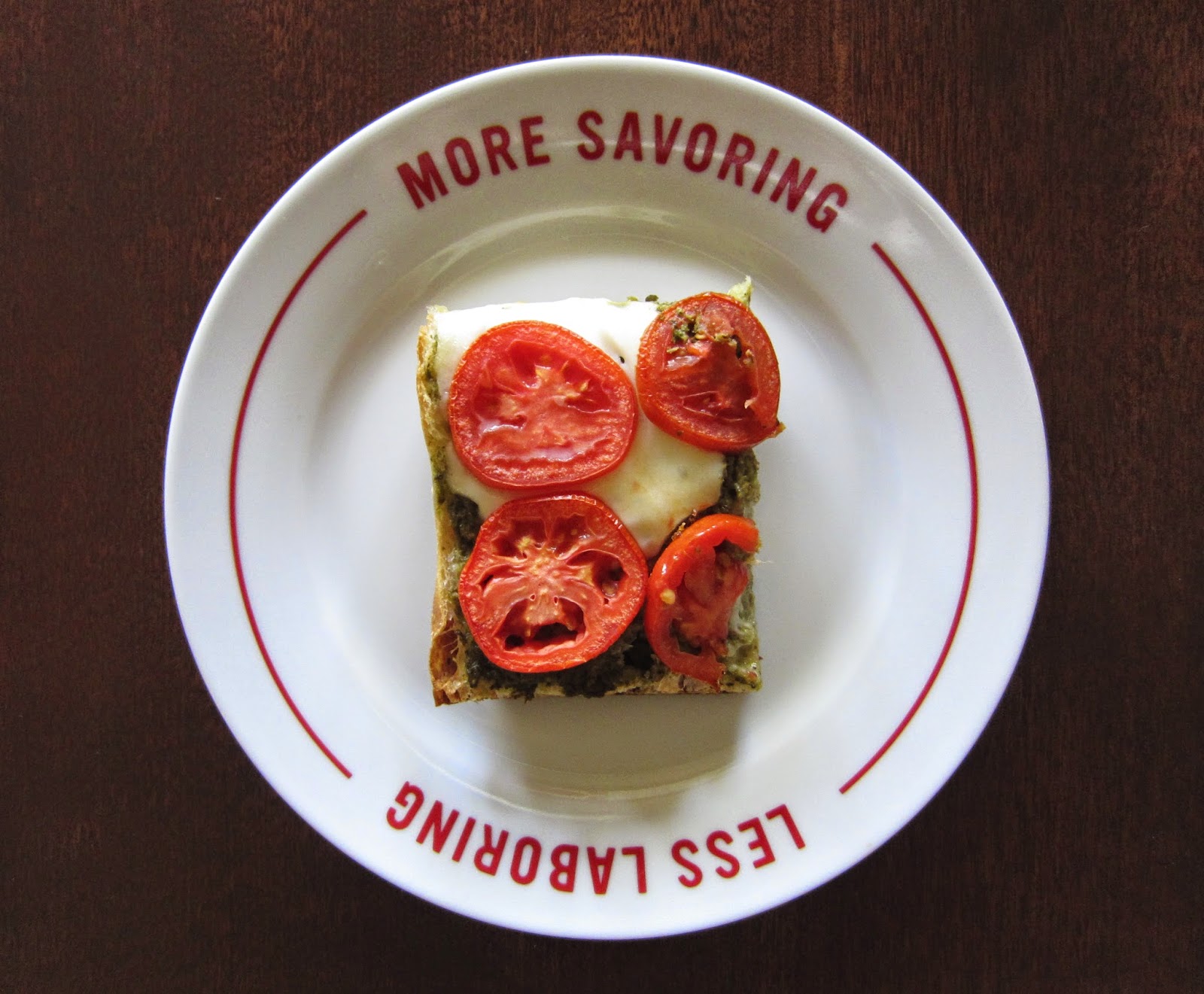 Not sure about you, but little Loryll was a biiiiig fan of french-bread pizzas. This is my grown-up attempt take on this special, easy treat. I’ve balanced out the food groups just a little bit more -- less pepperoni and bread, with more veggies and still plenty of delicious cheese.

Preheat oven to 450 degrees. Slice the focaccia horizontally so you’ve got two thin, flat pieces to work with. Place each focaccia slice on a baking sheet. Spread pesto sauce on one piece of the focaccia and top with half the mozzarella slices and all of the tomatoes. Evenly cover the other slice of focaccia with marinara sauce, remaining mozzarella and red bell peppers. Bake the pizzas for 10 minutes before removing them from the oven, slicing and serving. 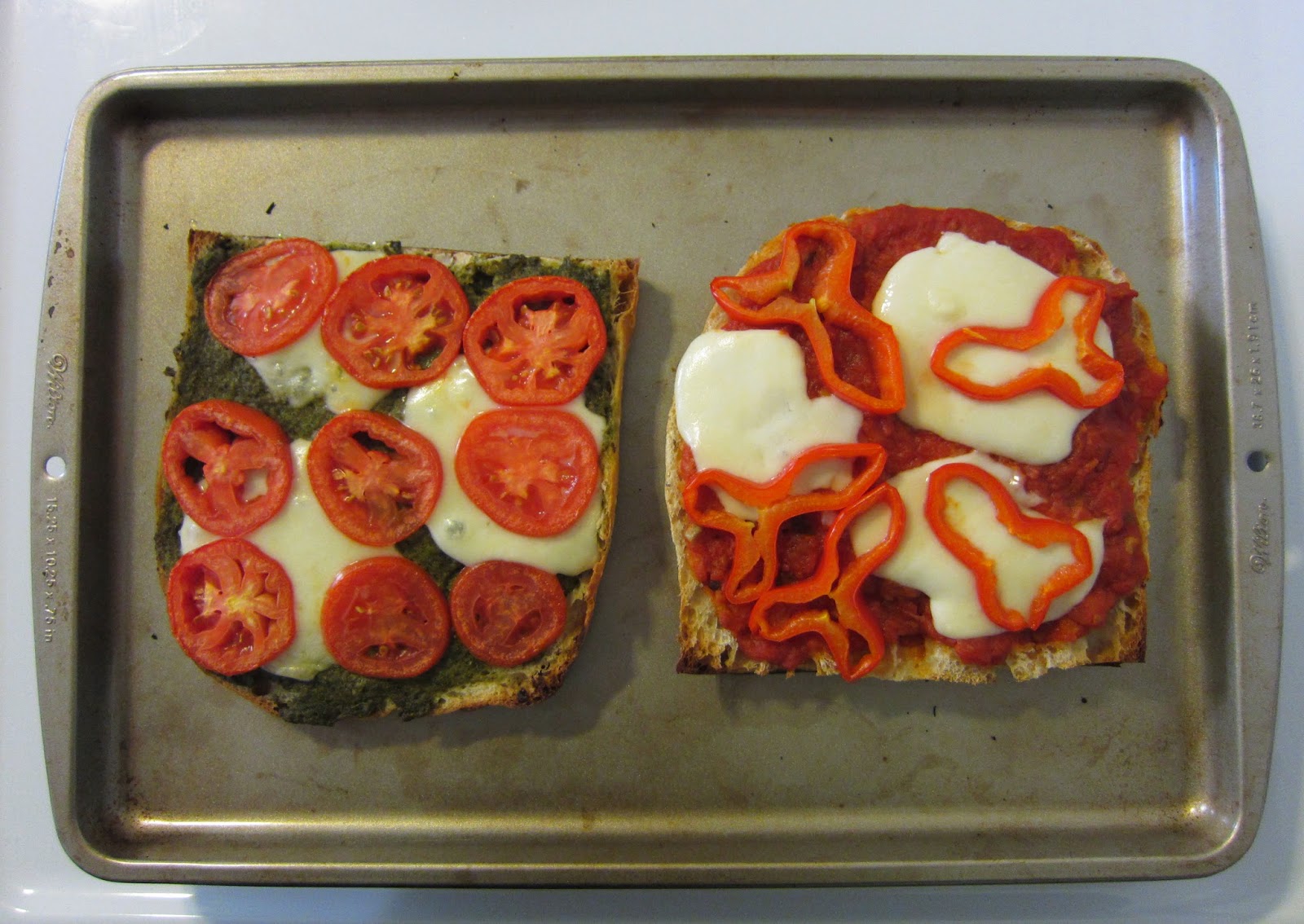 Posted by Loryll at 8:11 PM No comments: