Maximizing mushrooms in this decadent burger 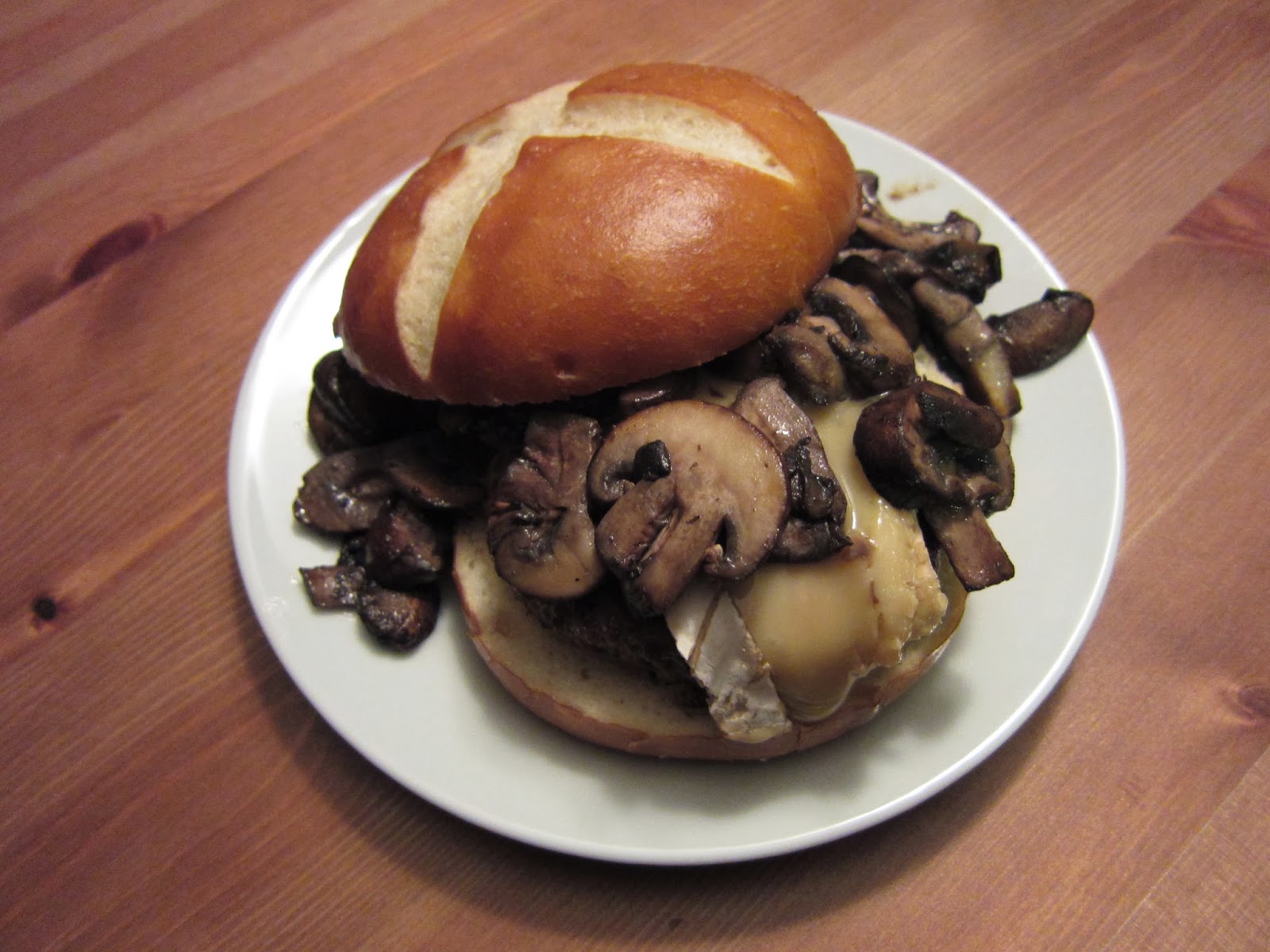 If you’ve seen “Anchorman,” I’m sure you can recall Ron Burgundy singing “I love scotch. Scotchy, scotch, scotch.” Well, my version of this song would be all about mushrooms, and while it might not be as catchy, and definitely has more syllables, the idea’s still the same because I love putting mushrooms in and on everything!

I had planned to grill these mushroomy burgers for dinner last night. However, I did this without checking the forecast. It’s been raining quite a bit today, so instead of monitoring my burgers while wearing a raincoat and headlamp, I brought out Nana Dollie’s trusty cast-iron skillet instead. I think cooking everything in one skillet made the flavors even better.

Form ground beef into three patties. Place patties on a plate, season each side with a little bit of salt and pepper, and set plate aside. Heat 2 teaspoons oil in cast-iron skillet over medium heat. Add mushrooms and sauté, stirring occasionally, for five minutes or so. Put mushrooms in a bowl and tent bowl with aluminum foil. Increase heat to high and add remaining oil to skillet so surface has a light overall coating. Place patties in skillet and cook for three minutes before flipping. Cook patties for additional 5-7 minutes or until they’re cooked to your preference. Top each patty with a slice of Brie about two minutes before burgers are done. Sandwich the patty, topped with sautéed mushrooms, between buns.
Posted by Loryll at 6:00 AM 2 comments:

A breakfast beverage to brighten your day 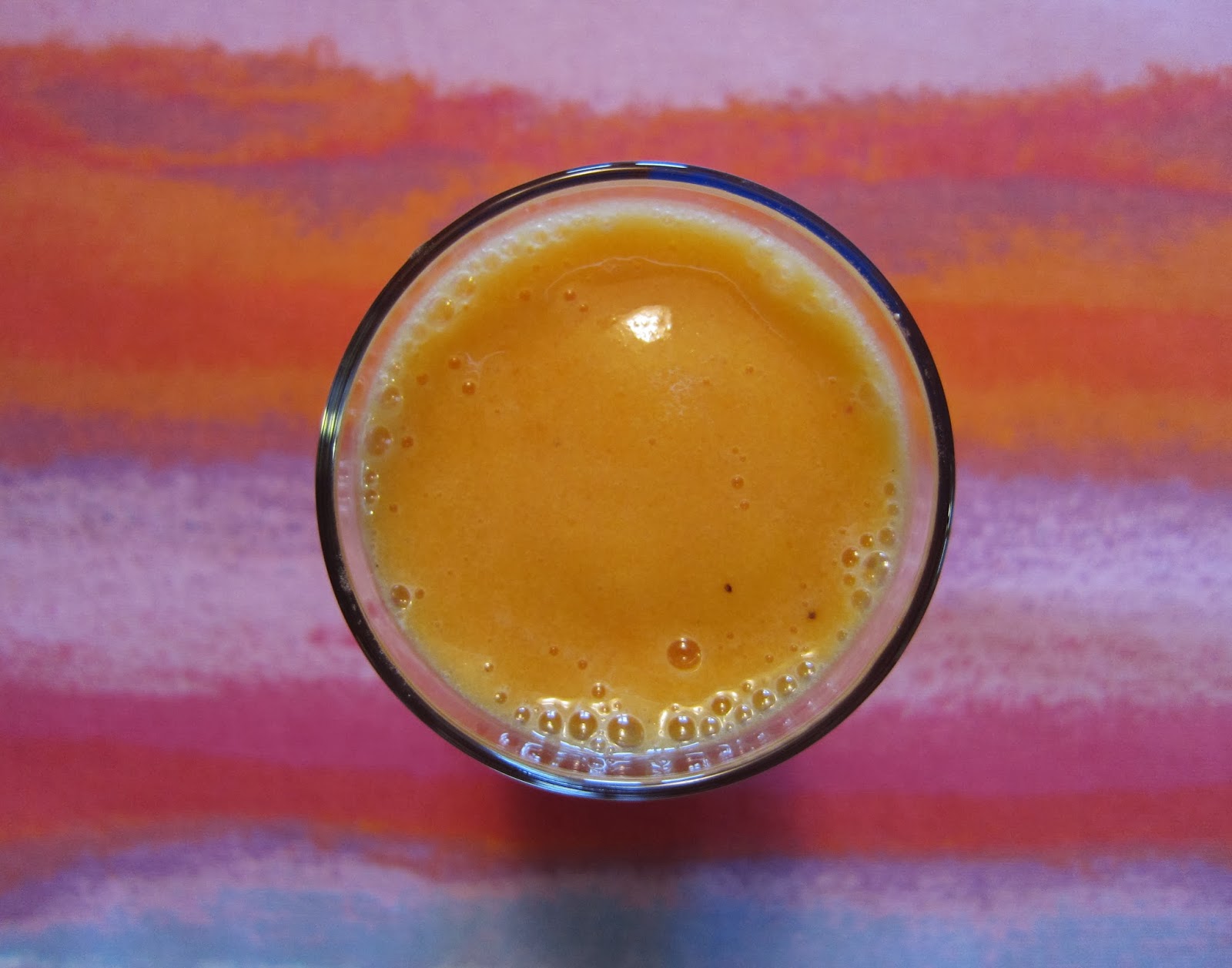 We finally got some much-needed rain out here in California. Never thought I’d be so happy to see gray skies and wet roads! While we’ve been waiting for rain to come, I know plenty of friends and family elsewhere in the country who have had their fill of wintry conditions. No matter the forecast for your neck of the woods, brighten your day with this smoothie. This recipe makes enough to fill two pint glasses, plus a little extra.

Combine all ingredients in a blender. Blend until smooth.
Posted by Loryll at 1:11 PM No comments: