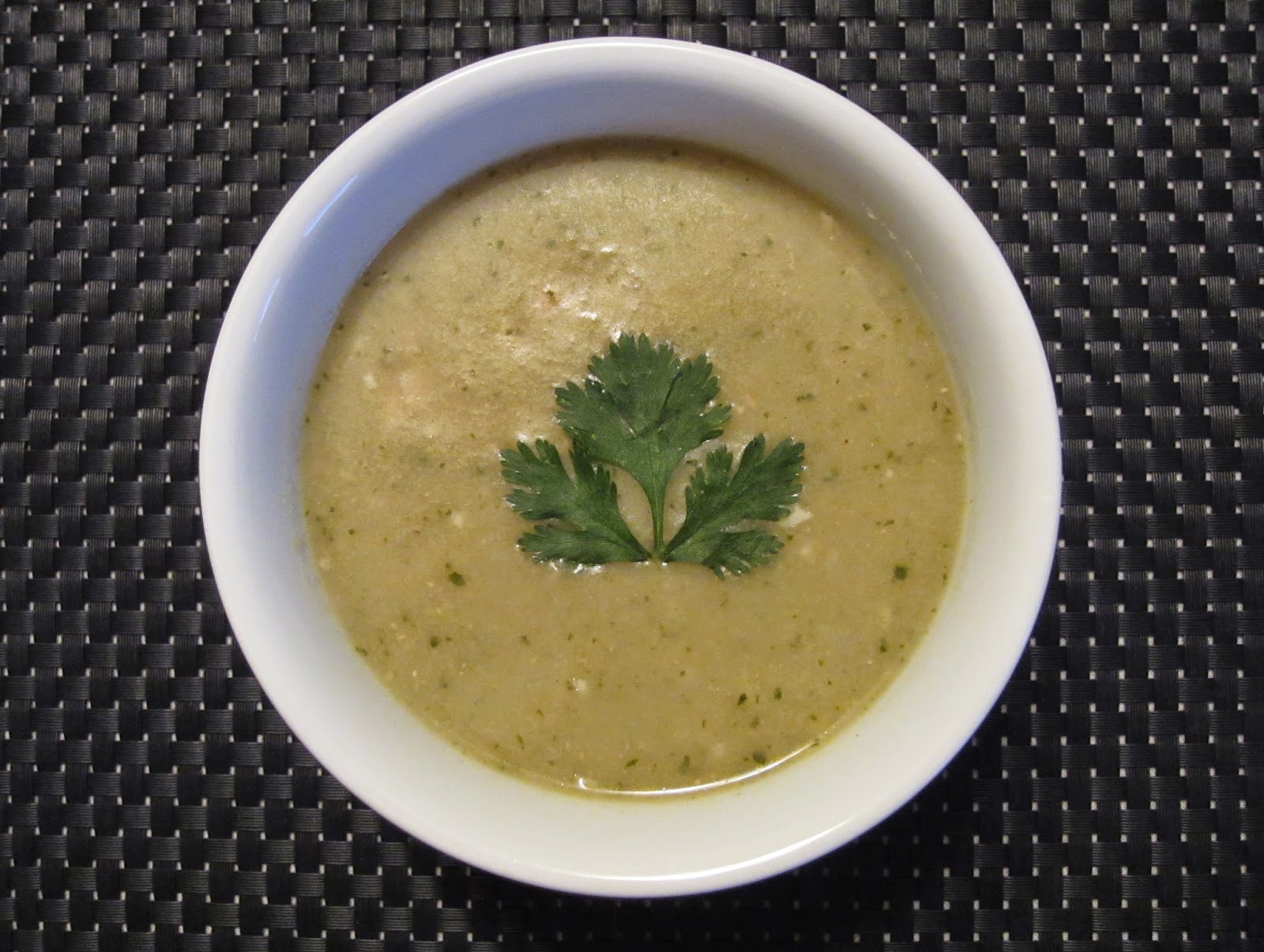 Want a thick, creamy soup without adding any dairy? My favorite trick in the past has been to purée some, if not all of my ingredients, with our trusty Vitamix after everything’s had a chance to simmer. However, scooping steamy soup into a pitcher can be a bit hot and messy, so with this recipe I opted to purée before cooking. Less mess, and tossing the whole onion into the blender meant less time chopping. Piece of cake.

Put two cans of beans, broth, onion and cilantro in blender pitcher, add lid, and blend ingredients until smooth. Heat olive oil in soup pot over medium flame. Add garlic and cook for a minute or two, until aromatic. Pour contents of pitcher and remaining beans into pot. Stir in cumin. Increase heat and bring soup to boil. Reduce heat, cover pot with lid and let soup simmer for 20 minutes, stirring occasionally. Season with salt and pepper, as needed. Remove soup from heat and stir in the lime juice. Divide soup among four bowls and serve.
Posted by Loryll at 7:38 PM