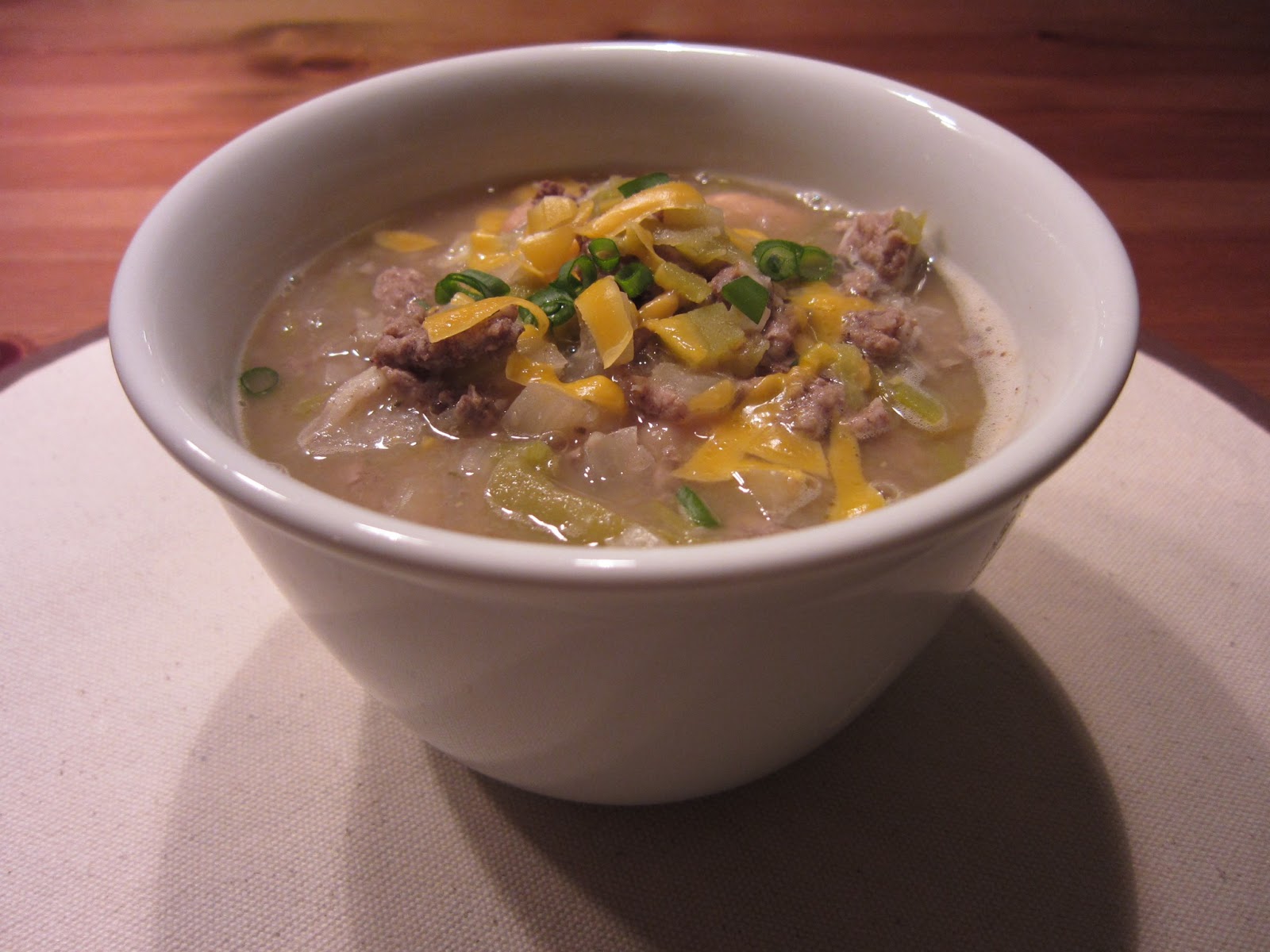 I’ve been rocking this chili recipe for years but have yet to share it on this blog … until now! If you like a spicier chili, swap out the cheddar for more pepper jack.

In a large pot over medium heat, combine onion, garlic and ground turkey, stirring occasionally and sautéeing for roughly 10 minutes, or until the turkey is brown. Add the chiles, cumin, oregano and cinnamon and sauté for five more minutes.

Puree two cans of the beans with three cups of the chicken broth in a food processor. Pour the puree in the pot along with the remaining beans and broth. Simmer for 10 minutes. Stir in the cheese and simmer for another five minutes before serving. Possible garnishes include green onions, chopped cilantro, sliced avocado, sour cream and tortilla chips.
Posted by Loryll at 7:32 PM