You just can’t say no to baked ravioli 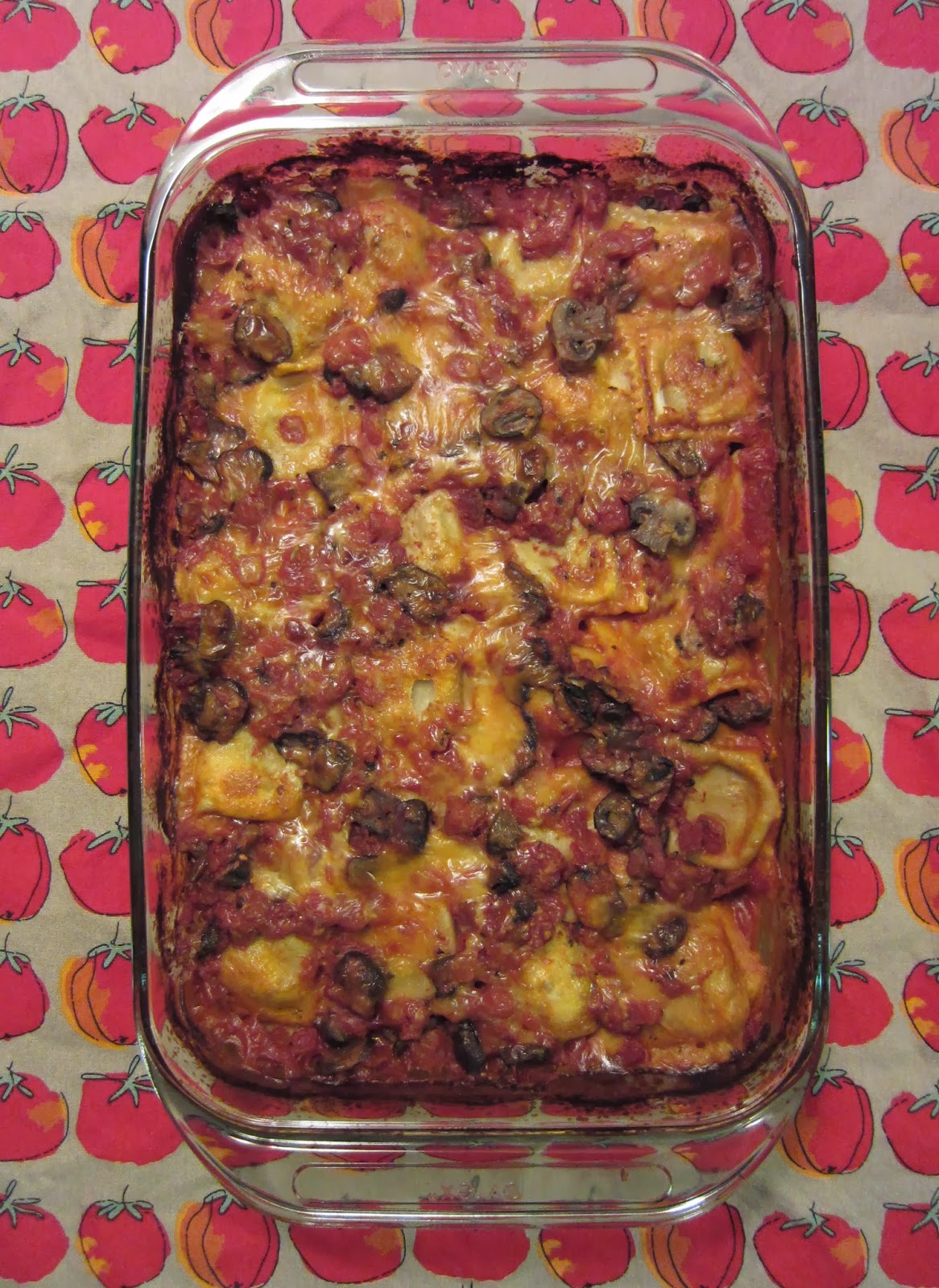 Baked ravioli is simply irresistible. How do I know?

The first time I made baked ravioli, I was fresh out of college and was just starting to experiment in the kitchen. One night, I got the bright idea to take a package of fresh ravioli, mix it in a baking dish with some marinara sauce, top it with plenty of grated cheese, and bake until melted and bubbly. Not too shabby for a first attempt, I thought, and put a mostly full casserole dish in the fridge after enjoying my dinner.

Imagine my shock when I opened the fridge a couple days later, ready to enjoy my leftovers, and instead discovered an empty, dirty baking dish. My roommate at the time apparently spotted the ravioli, decided to help himself to what would have been three or four meals for me. Instead of cleaning up after himself and apologizing, he thought it would be funny to put the dirty dish back in the fridge and wait for me to find it. Ridiculous.

Let this serve as a warning -- if you make the following recipe, be prepared to fight for your fair share!

Preheat oven to 425 degrees. In a large saucepan, heat olive oil over medium heat. Add garlic and stir for about a minute before adding mushrooms. Cook mushrooms for a couple minutes, until slightly soft. Add diced tomatoes, oregano, Worcestershire sauce and red pepper flakes to pan. Let sauce simmer for 10 minutes. Spoon one cup of the sauce mix into the bottom of a 9-by-13-inch glass baking dish. Layer half the ravioli in the dish, cover with a half the sauce, top with one cup of cheese, then repeat. Cover dish with aluminum foil and bake for 45 minutes. Remove foil and bake for another 10 minutes to brown the cheese. Remove from heat and serve.
Posted by Loryll at 10:33 PM