Chowing down in Chi-town

We kicked off August with a much-anticipated trip to Chicago. It’s such a great place to visit during summer months, and we got to see a lot of friends and cram plenty of adventures into our six days in the Windy City. 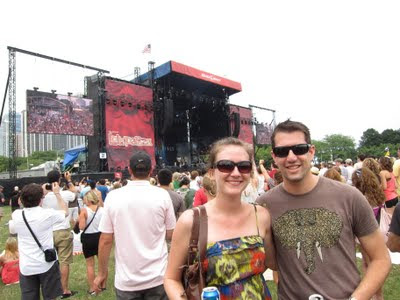 We spent three of our days rocking out at Lollapalooza, the super-fun musical festival held each August in Grant Park. We worked up quite an appetite listening to great sets by Muse, Friendly Fires, Ellie Goulding, Foster the People, Eminem and more. Good thing for Chow Town, which featured more than 30 food vendors offering everything from pizza to lobster corn dogs.

My favorite deal came by way of Salud Tequila Lounge. I scored two chicken tamales and plenty of spice for $5. 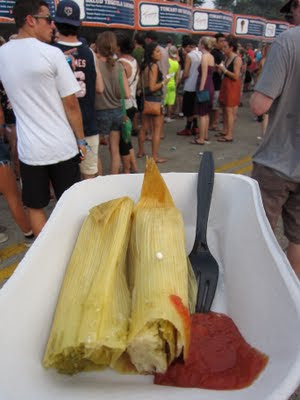 We had plenty of good eats throughout the trip. Here are a few highlights.

No trip to Chicago is complete without a trip to Chicago Pizza and Oven Grinder Co., a Lincoln Park favorite that serves up to-die-for pizza pot pies. We basically dropped our luggage off after arriving Thursday and headed straight to dinner. You order your pie by the half- or full pound and they come packed with plenty of cheese, marinara sauce, mushrooms and everything you’d want to find in a gut-busting pizza. These pies are baked in a bowl topped with white or wheat crust, and the server flips the bowl upside down onto a plate before handing it over. 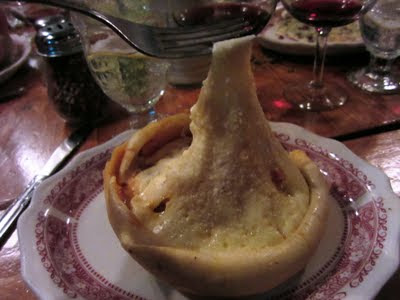 The gyros special at Windy City Gyros hit the spot before we headed down to the show Friday.

Our lovely hosts Doug and Shannan took us to Sunday brunch at Hearty, which is a little bit of heaven offering “comfort revisited.”

Every single item on the Hearty menu tugged at my heart a little. I had the andouille biscuits and gravy served with a fried egg and smoky breakfast potatoes. 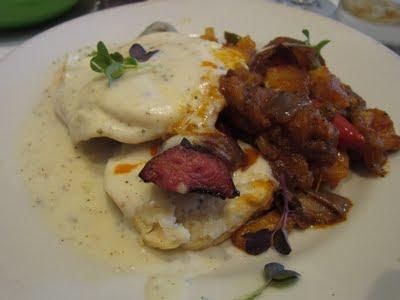 Chris had spicy grilled shrimp served with bacon-studded grits. Both dishes were breakfasts of champions. 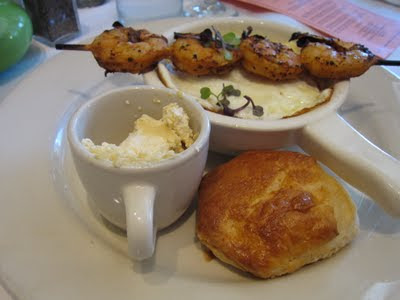 Friend Dan took us to lunch Monday at Kuma’s Corner, a badass burger joint which names quite a few of its menu items after metal bands (Slayer, Judas Priest, Iron Maiden). We were pretty wiped out after three days at Lollapalooza and weren’t thinking straight when we ordered a plate of custom macaroni and cheese (added chicken and andouille sausage) in addition to our burgers. 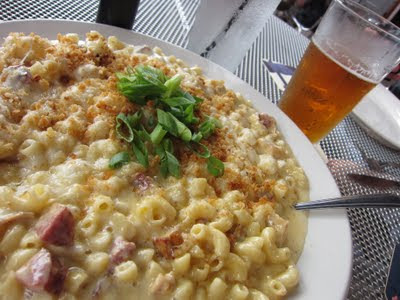 Behold the Brujeria, featuring a 10 ounce beef patty, cheddar, charred tomato salsa and house-made chorizo and cream cheese stuffed jalapeno, all snuggled into a pretzel bun. I didn’t stand a chance finishing it, but definitely worth the effort. 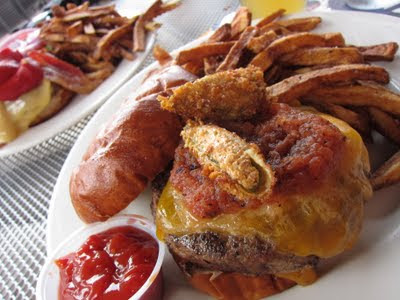 Any time we take a trip I do my homework and try to find interesting restaurants to try out, which is how we ended up at Sable Kitchen & Bar for dinner Monday night.

Seven of us ordered almost everything on the menu at this “new American gastro-lounge” and passed around our plates. Not a bad dish on the table. Some of my favorites included the fried green tomatoes with whipped basil goat cheese, 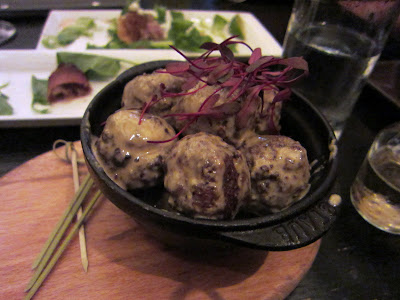 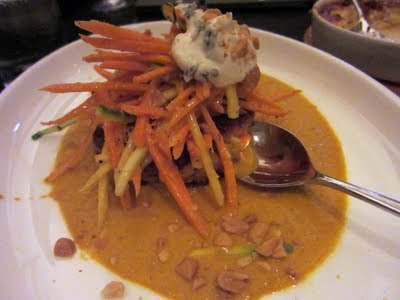 Grahamwich was another restaurant I found during my research. Graham Elliot is culinary director for Lollapalooza, but he also owns the Michelin-starred restaurant Graham Elliot and the aforementioned sandwich shop Grahamwich, where we had a fun lunch with friends Ryan and Amanda Tuesday.

I enjoyed every bite of my Waldorf chicken sandwich with flame grapes, candied walnuts, crumbled gorgonzola and shaved celery on multi-grain bread. Chris was equally impressed with his choice — waygu beef with grainy mustard, baby arugula and onion rings on a pretzel roll. We sipped on root beer and ginger orange sodas, and instead of chips we opted for the G’wich Popcorn, pimped out with tons of grated parmesan, sea salt, cracked pepper, truffle oil and chives. 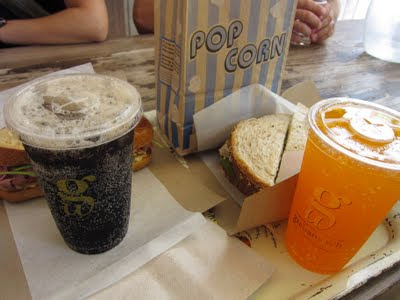 I was sad to head back home after our trip, because we had such a blast but also because I knew I’d be eating iceberg lettuce for a week to counter some of the ridiculously good meals we had.
Posted by Loryll at 6:12 PM